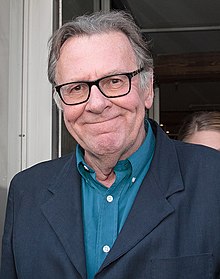 He has received various accolades throughout his career, including a British Academy Film Award, a Golden Globe, a Primetime Emmy Award and nominations for two Academy Awards. For his supporting role in The Full Monty, he won a British Academy Award in 1997. He has twice been nominated for an Academy Award, for his roles in In the Bedroom (2001) and Michael Clayton (2007). In 2009, he won a Golden Globe and a Primetime Emmy Award for Best Supporting Actor in a Miniseries or Film for playing Benjamin Franklin in John Adams.